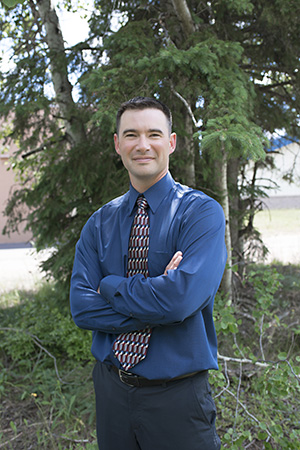 Dr. Dave grew up just outside of the small town, Skandia, Michigan.  Growing up in the Upper Peninsula he developed a love of the outdoors and an enthusiasm for fishing and hunting.  He always knew he wanted to stay in the area, and began attending Northern Michigan University with a goal towards becoming a dentist.

While still a student at N.M.U., Dr. Dave was thrown off his parent’s horse and sustained injuries to his lumber spine and pelvis.  Much to his dismay, after several months he still experienced a lot of pain and a decreased range of motion.  He decided to give chiropractic a chance.

He had never been to a chiropractor and was uninformed as to what chiropractic could do to help. After only a few treatments, his pain almost completely subsided.  The biggest outcome of all, however, was that after a couple months he felt even better than he ever had before.  In fact, he felt so much better, that he decided to further look at how chiropractic helped other people. He started shadowing Chiropractors in the area and was amazed at all the people they helped and how they took the time to listen to their patients. It was at this time his career goals changed from dentistry to becoming a chiropractor, so he too could help people and educate them about maintaining better health.

After completing his education at Northwestern Health Sciences University in Bloomington Minnesota as a Doctor of Chiropractic, he decided to return home to Marquette County.  He became an Associate at a Marquette Chiropractic office, where he practiced from 2004 until 2007.  Then, soon after the birth of his son in 2007, he decided to open Northern Health Chiropractic in Ishpeming.  He and his wife Amy, a native of Ishpeming, always liked the area and decided it was the perfect place for their family.

Today, he continues to thrive on helping people not only to relieve their pain symptoms, but to actually increase their level of health and well-being.  He loves living in Ishpeming, and hopes to remain practicing here for the rest of his career. 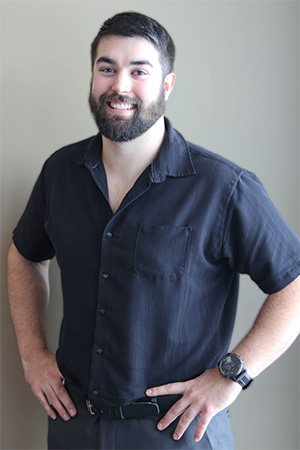 Dr. Spencer was born and raised in Ishpeming. Growing up in the Upper Peninsula helped grow his passion for all things outdoors.  As a student in high school Dr. Spencer not only spent his free time in the outdoors, but also joined the football team. During his junior year, he sustained multiple concussions which left him with 24-hour headaches as well as a list of other impairments for 8 months. A mentor to him recommended seeing a chiropractor, in addition to his current management program.

This chiropractor not only helped him achieve desperately needed health and wellness, but also opened a door so he could help improve the life of others in service as a Chiropractor. After graduating high school, he began college at Northern Michigan University. Continuing with his regular chiropractic adjustments, it did not take long to enroll in their Pre-Chiropractic program. Life University in Marietta, Georgia was the next step to further his education at the largest single campus chiropractic school in the world.

Through this time, he and his fiancé Rachel were blessed with two boys, opening his eyes even more to the impact that regular chiropractic care can have on the mind, body as well as the true value that lies in the hands of a chiropractor.

Today he strives to better his community, one adjustment at a time.